Go to top of page

The Board is responsible to the Minister to ensure efficient and effective performance of its registration and regulatory responsibilities, compliance with its legislative objectives, sound management of the organisation, and attainment of performance objectives.

The functions of the Board under s29 of the Act are to:

As the state regulatory authority, the Board has specific functions under the Education and Care Services National Law Act 2010 (Part 12, s260).

In accordance with section 32 of the Act, the Board delegates regulatory powers and functions, human resources management and financial management to the Registrar and Chief Executive. Some delegations are further delegated by the Board to managers and staff at various levels, in accordance with their responsibilities.

The Board has two standing committees. The Internal Review of Decisions Committee carries out internal review of decisions under the Act and the National Law. The Schools Disciplinary Committee conducts inquiries into complaints where there may be cause for disciplinary action regarding a school, under section 60 of the Act. Ad hoc committees may be formed to consider matters and advise the Board or Registrar or to carry out functions on behalf of the Board.

In accordance with Section 22 of the Act, the Board consists of 13 members appointed by the Governor in Executive Council on the nomination of the Minister for Education, Training and Skills. Of those members:

Expressions of interest are called for the remaining member positions. 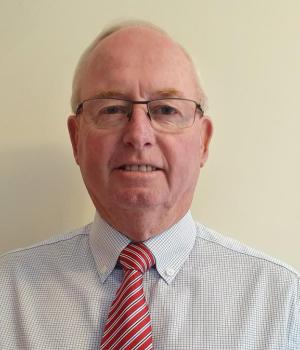 Greg is a non-executive director and serves on boards, mainly in a financial and governance oversight role. He was deputy chairman of the Repatriation General Hospital.

As a previous board and finance member of a senior school, Greg has been exposed to the questions and decisions faced within the education sector.

Greg is a former partner of a large international chartered accounting firm. There he was responsible for dealing with clients in a consultative and hands-on manner to extract the best possible outcomes for their goals and aspirations. He was also responsible for the ITC operations of the firm and extended that knowledge into client activities.

As a Principal she led and/or was a member of various committees and working parties  including strategic planning, curriculum, finance, facilities, OSHC and Governing Council.

In her roles as Regional Director and Assistant Regional Director Alana was line manager of Preschool and School leaders as well as Regional Leadership Teams. She led and worked collaboratively with a variety of teams driving system improvement. Alana was convenor of the Early Years Portfolio and Early Years Reform Agenda, the Regional Literacy Improvement Priority, the Regional Office Leadership Team Planning Group.

Alana was responsible for establishing, developing and leading the Education Department’s Incident Management Directorate, the directorate responds to critical incidents, investigates employee misconduct and recommends subsequent disciplinary actions. The directorate was established in line with recommendations made by the Hon. Bruce Debelle as an outcome of the Royal Commission, Independent Education Inquiry Report.

In her leadership roles she has provided policy advice and information to a range of stakeholders including the Minister, Chief Executive, Senior Executive Leaders, Education Directors, School and Preschool Leaders, Principal and Preschool Associations, AEU, TRB. 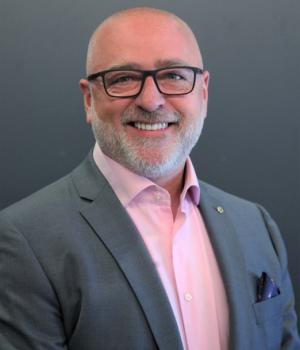 Martyn is the Work Health & Safety Regulator for South Australia.

As well as his role as SA’s WHS Regulator, Martyn is the Chief Executive of SafeWork SA, is a Board Member for Safe Work Australia, representing South Australia. He is also the Chair of the Heads of Workplace Safety Authorities for Australia and New Zealand which is the collective community of all Heads of WHS Regulators, a core member of the federal government Sex Discrimination Commissioner’s Respect at Work Council and Secretary-General of the International Association of Labour Inspection, the global professional body and labour and safety regulators with over 100 member countries. He is formally Deputy Chair of the Centre for Workplace Excellence at the University of South Australia.

He has over 30 years’ experience working in investigation, regulatory compliance and health and safety at senior levels in the UK and Australia. Initially a detective in the UK police working on national homicide and training and development, he later qualified in law working in the field of regulatory compliance and risk in health and safety, working across Asia Pacific. 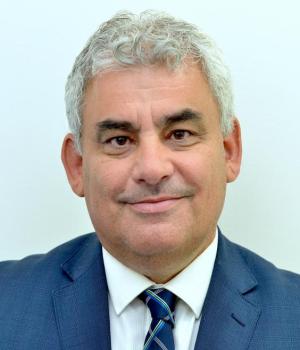 Noel Mifsud has served in education for over 35 years, including 16 years as principal in R-12 schools in South Australia and the Northern Territory. He has also served as a reservist captain in the Army Education Corps and was the wintering station leader for Casey Station in Antarctica.

He has lectured on Australian Education and conducted workshops for teachers, parents, principals and boards nationally and internationally.

He was a former member of the Multicultural Education Commission, chair of the Edmund Rice Principal’s Association and SA Catholic Aboriginal and Torres Strait Islander Education Committee. In 2019 he chaired the SA/NT Learning Environments Australasia building awards.

He is currently a senior education and business consultant/coach working with businesses and schools across Adelaide. 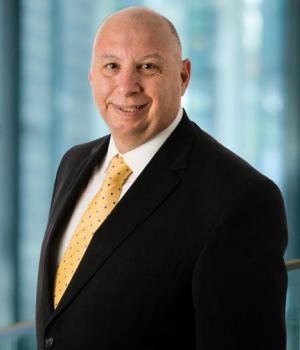 He believes the key to successful Catholic education is focusing equally on two fundamentals: mission in the context of Jesus’ mission for the church and quality education.

John was the executive director of Catholic Education Tasmania from 2015 to 2019. Here he was instrumental in leading a vision to reimage the future for the teaching profession.

John has 40 years’ experience in education in roles including teacher, deputy principal and principal. He has also held roles in senior administration and management.

In January 2015, he was appointed executive director of Catholic Education in Tasmania. In 2016 he was awarded a Fellow of the Australian College of Educational Leaders. From 2017 to 2019 John served as deputy chair of the National Catholic Education Commission.

John was recognised in the Queen’s Birthday 2021 Honours List for his outstanding contribution to Catholic Education with an Order of Australia Medal (OAM). In this role, Chris leads a team of educational consultants that support 105 Independent Schools In SA. In addition, he supports principals in their role, while representing AISSA, where appropriate, at a state and national level.

Prior to this role, Chris has had over 40 years of experience in both the Independent and government sectors, working between states and in both city and country schools.

His leadership experiences include positions as a primary school principal, secondary vice principal , head of junior school and, finally, principal of St Peter’s Woodlands for 17 years.

Chris has enjoyed roles including president of the SA Branch of the Independent Primary School Heads, membership of the management Committee of Anglican Schools Australia and chair of the SA Anglican Provincial Education Trust. 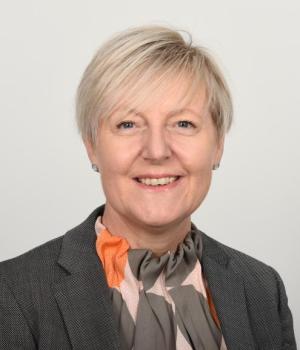 Jackie Bray is the inaugural Head of the Office for the Early Year, the office was established in October 2021 as a single point of strategic leadership for universal early years services across government, NGOs, and the broader Early Childhood sector.

Prior to this Jackie has worked in the public and private sector across several senior business executive position both in the United Kingdom and South Australia including UK Health Services, Department for Families and Communities and most recently as the Deputy Chief Executive in the Department for Correctional Service. It was while working in UK Health Service that Jackie found her passion for major service delivery change around changes that affect the community services.

Jackie is a professional and strategically minded Senior Executive, with an extensive knowledge and experience of creating partnerships, policy development and strategic reform within the South Australian public service.

Jackie is passionate about developing a modern public sector, one with strong and effective leaders and a highly capable workforce equipped to meet the challenges of the modern world. 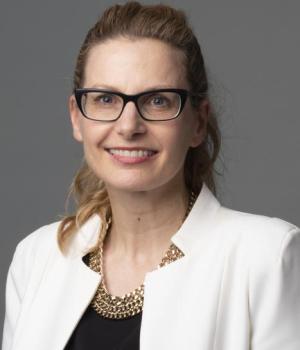 She has previously worked for statutory officers in social policy and has taught in American politics at Flinders University. She has served on not-for-profit boards, including as the president of Shine SA and president of the Welfare Rights Centre (SA). 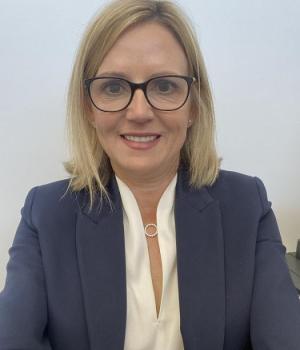 Anna Standish is the co-founder and director of Montessori House. This operates three early learning centres in metropolitan Adelaide based on the philosophy and curriculum developed by educational pioneer Maria Montessori.

Anna has been involved in the development of Montessori early learning centres for the past 13 years. She has a proven track record in establishing authentic environments that provide high-quality learning and developmental outcomes for children. She has extensive knowledge of the National Quality Framework and its application in early childhood settings.

Anna has also served as executive member and treasurer of the Australian Childcare Alliance, SA branch for the past six years. This organisation works to advocate for and support private childcare operators across administrative, operational, regulatory and legal matters.

Previously Anna worked as a chartered accountant with KPMG in the area of audit and advisory in a career that spanned 16 years both in Australia and Eastern Europe. Christos Tsonis is the founder and director of CXT Legal. This is a dynamic legal consultancy team servicing the local and national market in fixed-price transactions, advice and commercial law solutions.

He was listed in the 2019 and 2020 editions of Doyle’s Guide, an online listing of leading and recommended South Australian Commercial Lawyers. In 2019, Christos also led the CXT Legal team to be recognised as one of South Australia’s fastest growing businesses by revenue when it was placed in the top 25 of the BDO/Brand SA Fast Movers Program.

Christos also has served on a number of boards (including as chair of a state school governing council), pursuing ambitious reform agendas (including private companies and not-for-profits/associations). Libby is a Senior Educational Consultant at the Association of Independent Schools of South Australia (AISSA), specialising in early childhood education and care.

In 1986 she began her career as an educator in a non-government childcare centre, becoming the proprietor of the business in 1990. She was then director at another childcare centre before taking leave to care for her young family.

In 2003 Libby returned to the workforce, accepting a role as a classroom teacher at St Peter’s Girls’ School and then as an early childhood educator at St Andrew’s ELC. In 2006 she moved to Wilderness School as an early childhood coordinator in the early learning centre, becoming ELC director in 2010. Libby was appointed as the head of junior school at Wilderness in 2011 and moved to the Association of Independent Schools of South Australia in 2017.

In her role at AISSA, Libby provides advice and support for school leaders, teachers, and educators to effectively implement the National Quality Framework to meet the National Quality Standards. She supports schools to provide high-quality teaching and learning and effective transition for children commencing their first years of school. 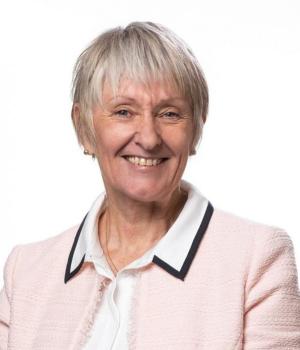 Susan is Assistant Director: People, Leadership and Culture at Catholic Education SA (CESA). She is responsible for leadership for human resources and workforce planning, system safeguarding and leadership and workforce development across 101 schools and approximately 9000 employees.

As an educator, she is committed to developing a high-quality workforce and workplace culture that reflects the Catholic context and ensures excellence in education for young people.

Susan is dedicated to preparing school and system leaders to:

Susan has 40 years’ experience in education, in roles including teacher, principal and senior administration and management.